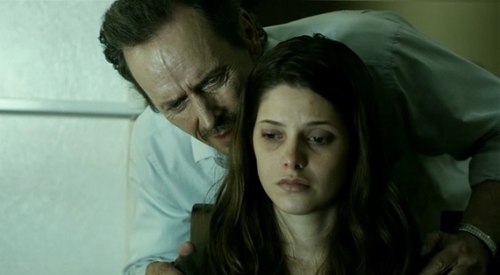 The sheriff falls over the rack. Summer runs outside. Summer is reluctant to accept Tom's offer, but he urges her to hurry up or else the sheriff will find her. Tom drives off with Summer.

She asks Tom the reason he helps her to escape the sheriff. He claims the sheriff previously busted him for a drinking charge. At a local bar, the two of them have a few drinks.

They chat about Summer's travels. Summer is obviously a confident girl who can take care of herself. Tom takes Summer back to his home. Summer discovers that Tom lives with his mom, Gaia Barbara Niven. Tom is direct with Summer, so the two agree to go upstairs and have sex. As they are having sex, the audience then sees Gaia outside Tom's door, listening to him and Summer having sex. In the morning, Summer wakes up and puts her clothes on. She scavenges the kitchen, taking money from a jar.

Tom enters the kitchen. He tells Summer she can stay. Summer is not interested. She tells Tom he was good last night, and that she wanted to avoid the awkward morning goodbye. Tom refuses to let Summer leave, continually telling Summer she can't leave. Summer pulls out a gun, threatening Tom to let her go or else she'll take action. Tom's mother Gaia smacks Summer on the back of her head with an object.

Tom shows his mom that in his hand are the bullets to Summer's revolver, reassuring her that he had it under control.

Summer is stored in the basement. A frail young woman Amber Danielle Kind is also held hostage; that the lack of sun is what's hurting Amber, not Tom. Tom tells Summer that he considers the basement as his garden. The girls make his garden look beautiful. The audience then discover Tom is a serial killer after he shows Summer a skull of a deceased girl. Summer says that he killed the girl, and Tom, angry, hits her, insisting he would never kill any of his girls. Amber's father Darwin is released from jail.

He notices his home is a mess, and that there's rotten food in the fridge. Darwin asks the sheriff whether he has heard from Amber, saying that he heard around town that Amber was hanging around Tom. The sheriff is biased toward Darwin, dismissing him and telling Darwin that Amber probably left town for a while, as she had before. Summer tries to survive in the basement by antagonizing Tom. She is defiant toward Tom and his mother.

When Summer and Amber are alone, Summer tells the weakened Amber to grab the tools hanging on the wall. Amber, at first, is delirious, not understanding what Summer means. Amber asks for "Daddy," and Summer uses that to make Amber get up and limp toward the tools. Amber, weakened, falls on the ground, hits her head on a brick, and dies.


Tom is pissed off that one of his girls died. He takes any deaths seriously. 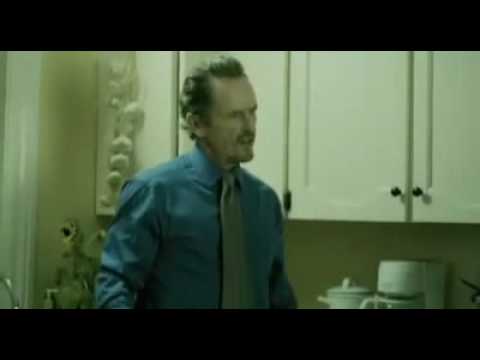 Tom's garden is special to him since his father locked him in the basement as a child that was where he first started growing his plats. Tom is told to get rid of Summer. His mother feels that keeping the garden is too dangerous since Darwin is snooping around town.

Tom, angry, pins her to the table, forcing her to give in and say that he is right, before kissing her. She pushes him off, but touches herself after Tom leaves the room. Summer is left alone in the basement. Tom searches Amber's purse, finding an old picture and a journal, which forces Tom to realize that he only has one "garden angel" left. He gives Summer water, and when she behaves he unlocks Summer from the chains and gives Summer a bath upstairs.

However, she tries to run again. After that, Tom and his mother search Summer's purse and find an old letter.

Whatever it is, upsets Gaia, and she goes downstairs, pulling Summer's chin back and forth before giving Summer permission to work upstairs while Tom is home. She must stay in the basement when Tom and the mother are gone. Tom's father Gant Hoxey Stephen McHattie is on his way home, after calling that night that after she found the letter in Summer's purse. She sounds upset, he said, and he wants to know why. He realizes he has a surprise at home. Tom and Summer have sex again. Summer is obviously manipulating Tom, telling him she loved him when he told her to. The two talk about their future plans to leave.

Tom wants to stay in the home, but Summer has other plans. The next day in a clothing shop that Gaia works in the sheriff informs Gaia that Darwin is worried about Amber's whereabouts. She tells the sheriff she hasn't seen Amber. Darwin asks Tom to stop by to help him on a stove since Tom is also a handyman. Tom agrees. Darwin asks Tom about Amber. He tells Darwin he hasn't seen his daughter in a couple months. In a graceless encounter, Eric bites and kills his first victim Keith Poulson.

Eric later reattempts dating Samantha, Blake, and Denise, sequentially seducing and transforming all three into vampires. Using his new powers of hypnosis, he also convinces his landlord Mr. Leiberman Jerry Raik to stop charging him rent. Eric again tries reconnecting with Jody, only to be punched in the face by Jason before biting his ankle in retaliation.

Eric later runs into Gavin while attacking another victim, and the two exchange their views on God and the new reality they face as vampires. Later, Jody surprisingly shows up at Eric's apartment to reconnect and the two share an intimate moment. Six months later, Eric and Jody are on their wedding night when Eric suddenly needs to feed.

Jody asks Eric to bite her, but he refuses and goes out looking for blood. He runs into Penelope on the street and ends up turning her into a vampire instead. Eric arrives back at the hotel, but it turns out that Penelope followed him back. Eric and Jody proceed to argue about his fear of commitment, until Eric impulsively bites Jody.

As Eric feeds, Penelope joins him and the two end up drinking too much of Jody's blood. As Jody lies dying on the bed of the honeymoon suite, Eric and Penelope discuss the possibility of God. The two of them eventually engage in a disorderly prayer for Jody to improve and for all three of them to be normal people again. Just as they conclude, Jody, now a vampire herself, suddenly rises and demands the three of them make love.

Recalling his previously successful vampire film Drawing Blood , Tukel commented on the production of Summer of Blood :. After 15 years of making comedy after comedy and losing my investors' money, I thought, I made a vampire film years ago and we made money very quickly off that, let's try that again! But we knew that with a title like Summer of Blood we had to deliver to genre fans so we did take those elements very seriously.

We got a very good special effects guy and paid him not a lot of money but it was a good portion of our budget. I knew for the most part I could get by on jokes and performances, because I was surrounded by a really amazing cast, but if we didn't have at least a couple of really cool kills or blood scenes that it wouldn't work as a horror film. Summer of Blood received a mixed response from critics. He's a creep who thinks he's Alvy Singer. Nicolas Rapold of The New York Times , however, was slightly less favorable, commenting "It's all mellowly funny rather than creepy, something like a stand-up conceit elaborated into scenes. 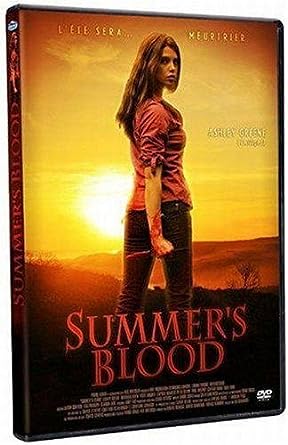 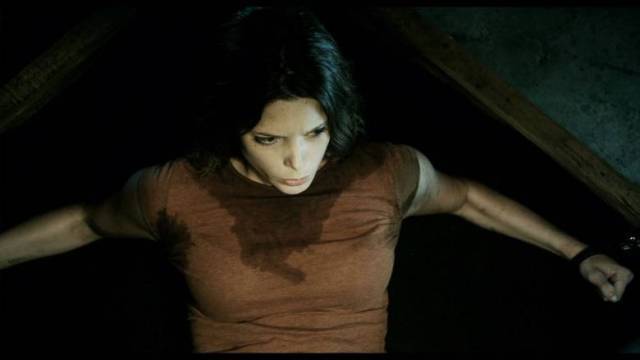 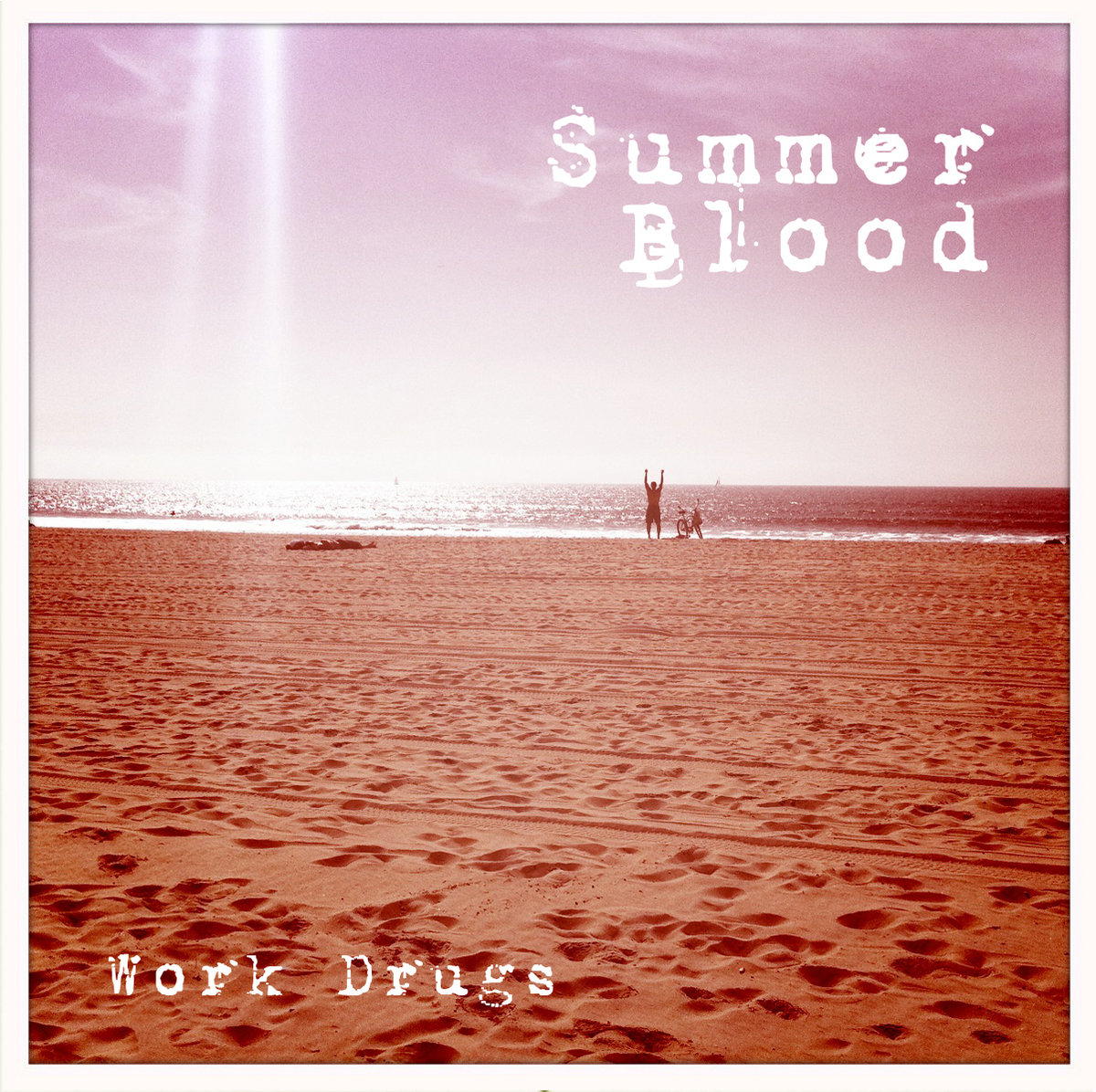